Khmer class this round our teacher let us research about Khmer grammar. In Khmer grammar, there are a lot of things to know, teacher, divide the group for researching the subject there are noun, pronoun, Adjective, Verb and, more.

Robotic in this is not an advanced one but it a Lego robotic it First Lego league. 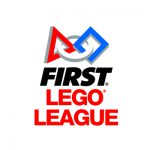 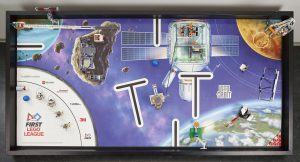 This rounds my teacher Hannah let us choose a book to read there are four choices Looking for Alaska, Wonder, Monster and The Outsider. She also divides a role to do an activity while we read there are four roles, summarizer, visualizer, inference,  symbolizer and word detector. In those four roles, we change every week in our team who read the same book. I choices The Outsider to read it look interesting (it about greasers). 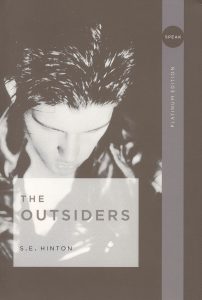 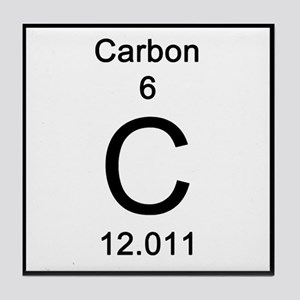 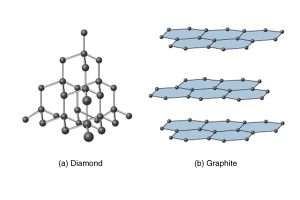 Math class it just Math class we learn Math in Math class so it not an interesting or amazing event. This round we move to book A5 and we learn about decimal (dividing decimal, multiple decimals, adding and subtracting decimal), also a liter bit of binary number. 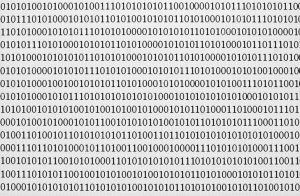 Watch this video to know what is OutDoor Leadership and You also can read my weekly reflections. Link Here

This week I have a learn about what is nature and what wilderness. Our teacher had given us a sheet of paper to go and observe nature that what you see outside, what hear, what you learn and write them down the sheet of paper. The teacher also plays an activity like she writes the word and tell us to write something down that you experience with that word. We have learned about wilderness, we have to debate what we think our liger campus is wilderness or no. the last day of this week we had done something call rope and tree scenario together as a team and we did well.

This week I have been doing some activities like making a way for our teammate walk throw liger campus. My there are Mony, me, Mariya and Sokheng, our way is to start from the hill and walk throw the campus to the lit studio. Another activity is we have to think about what will happen when we go out on the big trip and how to solve it quickly. The team is the same from the first, it was difficult is time because of it more advanced than the first one.

We did go to Mondulkiri for 3 days. The first day we didn’t do anything yet because of it gets dark, we can’t go hike so we cook our food and build a campfire for the rest of the night. The second day what we did it eat our breakfast then we when to the waterfall called ពូទាំងwaterfall. We eat lunch there with an elephant, also we get to test the new soup too. The soup is made out of all vegetable it test very good. We went back and we had our dinner then campfire again. The third day we hike for 6 km to go to the waterfall. There are two waterfalls, one is small and other is big. The big waterfall is interesting because it falls from the high place and at that place is like a water fan because of the water for the waterfall. We went back 6 km again and we did stop and play at the grassland it was fun because we can play hide and seek and also my friends can take a lot of pictures. We didn’t cook our dinner because we were too late for the shop so we went to a restaurant. The restaurant is so slow. In the morning we also buy the breakfast from other people and we head back to liger.

The topic for this round is coding. The langue that we working on now is Python, we learn it from CodeAcademy and from our teacher Cindy. The code was not so hard but it tricky, the first day of coding is we work on CodeAcademy, then a few weeks my teacher give us a lesson to test where are we now. 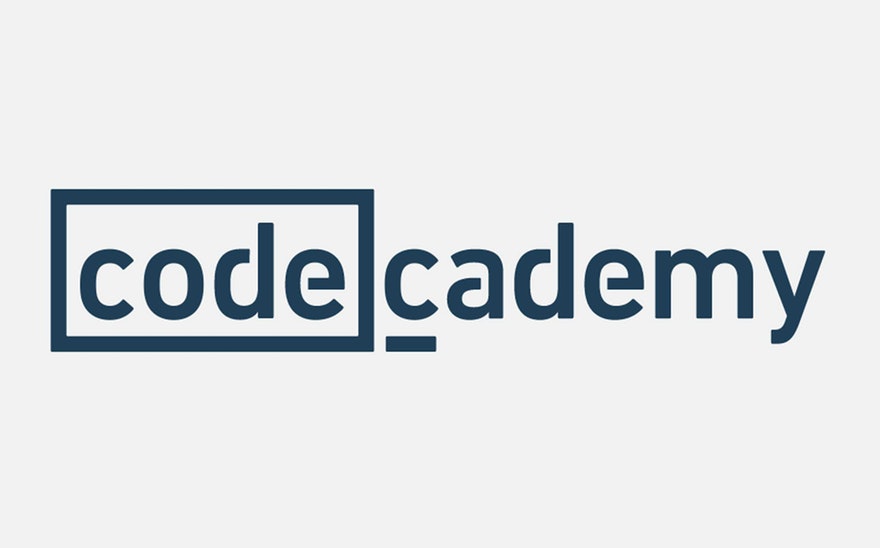 In English literacy class, my teacher give us an assignment to write about Argumentative Essay,  she let us choose a topic to research, My topic is about Stop Single-Use-Plastic. last I have nothing to say more but take a look at my essay.

Can We Stop Single-Use Plastic

Plastics are convenient for humans to use in a variety of ways. It can be used for many things in our daily life. People also like plastic straw because it is easy for them to drink their drink and it looks more organized. Plastic is cheap, waterproof, strong and light with plastics are useful for sterile medical environments such as the hospitals, it also can be used for store food and it’s leak-proof for containing some wet materials. Even astronauts use plastics to store their food. Even though there are many benefits of using single-use plastics, it should be banned. It should be banned from our society because it affects marine life, it is non-biodegradable and, it can harm human health.

The world global problem is many of single-use plastic are end up in the ocean. Kerry Taylor-Smith is the author of an article “How Plastic Pollution Is Affecting the Ocean Wildlife” in AZoCleantech.com said, “From 2.3 million tons in 1950, it grew to 162 million in 1993 and to 448 million by 2015 of plastics are in the ocean” (Smith 1). This is showing that marine life is dying due to plastic being thrown in the ocean. The plastic bottle of water that you drank this morning will be throw in the ocean one day. Most of the marine life are confused between plastic bags and jellyfish, for example, sea turtle, it eats jellyfish as a food when plastic bags are thrown into the sea, they said that 102 sea turtle that they have been diseases, every one of them have a piece of plastic in their body, the estimate is about 1,000 sea turtles are dying every year. Not just sea turtle is attacked by plastic also seabirds are dying by plastic, 1 million of them have been dying every year, “Meanwhile, ocean plastic is estimated to kill millions of marine animals every year. Nearly 700 species, including endangered ones, are known to have been affected by it”. Current estimates suggest that at least 267 species worldwide have been affected, including 84% of sea turtle species, 44% of all seabird species and 43% of all marine mammal species. Plastic also kills coral reef, 55.5 percent of world coral reef are attack by plastics. Scientists examined 124,884 corals at 159 reefs from Thailand to Australia, finding plastic bottles, and plastic bags among colorful corals.

Plastics consist of three manmade chemicals: polyethylene, polystyrene, and polypropylene. In 1933 Polyethylene, the most commonly used plastic is created by accident at a chemical plant in Northwich, England. In 1965, Sten Gustaf Thulin invents plastic bags for the first in Europe. Nowadays, plastics are made out of crude oil, natural gas, and coal. In plastic, there is a chemical that calls polyethylene, polystyrene, and polypropylene. Polyethylene is a type of PVC plastic, Polystyrene is a type of styrofoam, and Polypropylene is a type of strong plastic. Plastic also contains a chemical called BPA (bisphenol-A) which is added to many commercial products, including food containers and hygiene products. It was first discovered in the 1890s, but chemists in the 1950s realized that it could be mixed with other compounds to produce strong and resilient polycarbonate plastics.  BPA has different levels. The highest level that human can get is around 30-60. Plastic is taking a long time to break down, plastics are taking 10-400 year or more to decompose. When plastics are breaking down it does not disappear but it creates something called microplastic. The chemicals from the microplastic are then released into the soil or ocean. Plastic does not affect human by eating like animals. People use is plastics to contain foods, some food are hot and some are cold, but when people put hot foods in styrofoam it gonna release their chemical into the food, those chemicals are non-biodegradable, it non-biodegradable people can’t eat it and it not dissolves in the human body, if human get to the highest level of BPA they have a high chance to die.

Stop using something that we in our daily life is hard same as plastic mostly single use because of it hard to replace plastic bags or plastic bottles. Single-use plastic will decrease if people reduce, people start to reduce single-use plastic, The beach is clean, the ocean is clean, Marines life are safe and everyone is healthy. The best way to stop using plastic is, you can use fabric bags instead of plastic, you also can use a reusable water bottle for your drink, some item you can just carry it and last try to reduce the single-use of plastic in your daily life.

In this round in khmer class, my teacher let us watch movie and read a story together. The movie that we watch is call ទឺកចិត្តឪពុក, the movie is about how the different between a good father and a bad father and how the good father take care of his children. 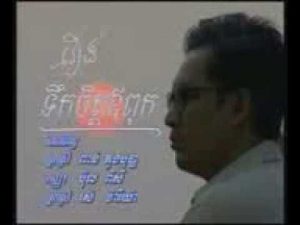 The book is call កុលាបបៃលិន​, teacher let us read together and also teacher chose some of our friends to be the character in the story. In that story, the main character is ចៅចិត្រ​ and ឃុននារី.​ This book is written by ញុកថែម. Here is the link if you want to read this book. 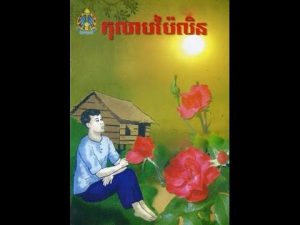 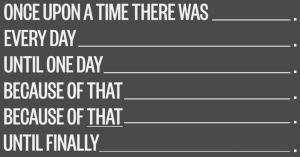 Once Upon a time, there was a family live on an island in the middle of the ocean. In the island, there are water, food and, everything that family needs. Every day a man always work on his farm with his wife. One day he saw a big fire fall into his farm, he doesn’t even know what it was, but he went to see it and, it was a big piece of metal, it was hot. Because of that, he took a hammer and start breaking it down to a small piece, so that he can sell it to get money. Because of that and an alien come and tell him that it is my spaceship. Until finally he takes that spaceship to sell with an alien

I know that they had learned about the camera but I’m not at school because I’d gone to Mondulkiri. 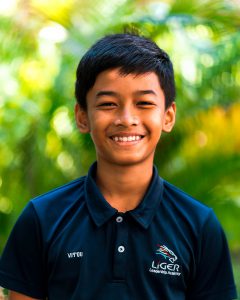